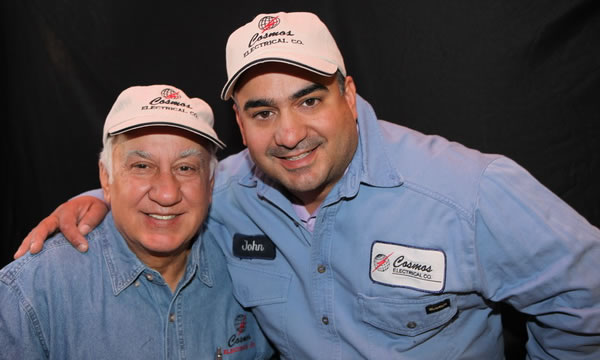 Mike Gaidatsis and his son John. Family owned and operated.

Cosmos Electrical Company was founded by Mike Gaidatsis. Mike started in the Electrical business back in 1974. He established the company as an ambitious one-man operation and slowly built up the business providing honest, reliable and top notch work to Toronto and the surrounding areas. Mike’s son John joined the company as a teenager, working summers and weekends and continued in the family business after graduating from school.

Working alongside his father, the company continued to grow to meet the needs of Cosmos Electrical Company’s growing client base while maintaining their original commitment to high-quality work standards and customer service excellence.

As the current Service Manager of Cosmos Electrical Company, John Gaidatsis takes a hands-on approach to running this successful business and takes great pride in continuing the Cosmos legacy of providing honest and reliable service. In an industry where attention to detail and quality are sometimes overlooked, Cosmos Electrical Company understands that their insistence on excellence sets them apart.

Our Promise We understand you have many choices when it comes to choosing an electrical contractor in the Greater Toronto Area. We just want you to know that when you choose Cosmos Electrical Company you are supporting a small, family-owned local business. We’re big enough to solve your electrical problems quickly but we’re still small enough to care about every individual customer so they are completely satisfied with our services.

Read Our Client Reviews On Homestars

We would like to thank everyone who visited our booth at the ACMO 17th annual condominium conference. Congratulations to our door prize winners from Eagle Audit and Naylor Mechanical. We wish all of the exhibitors much success and good luck in the New Year. 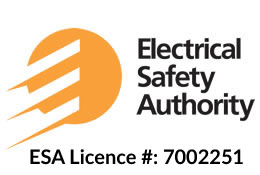